As the numbers clearly show, the difference between states can be huge. Louisiana drivers are paying $1,981 more on average than drivers in Maine. The national average this year came in at $1,428, which is a decrease of 6% from last year. In fact, rates dropped in almost every state (it rose or stayed the same in nine states), which illustrates how dramatically COVID-19 impacted car insurance rates.

State statistics matter: Insurers love breaking down statistics, and most take a very close look at the claim, crash and crime rates in your state and neighborhood. Urban areas are usually more expensive as many drivers packed into a small space lead to more auto accidents, which leads to more claims.

Insurers also consider the claim rates of the vehicle you are driving. This means that if your car is a favorite of car thieves or ends up in more crashes, you will pay more for car insurance regardless of whether you’ve ever made a claim.

Car insurance costs do not just vary by state; they also vary significantly by city. As a general rule, the more populous the city you live in, the more expensive your auto insurance rates will be. This is partly because drivers who frequently travel on busy roads are more likely to get into an accident. Insurers pass this risk on to policyholders in the form of increased premiums.

In Texas, for instance, an annual minimum coverage policy car is $285 more in Houston, the state’s most populous city, than in Austin.

n addition to location-specific factors like ZIP code and crime rates, insurers also include personal demographic details about the driver when setting insurance rates. These variables include:

Rates in Texas top the national average of $1,483, far exceeding it in some major cities. In Dallas-Fort Worth, the average annual cost for car insurance is $1,506.

Aldine, just north of Houston, has the highest car insurance rates in the state, averaging $1,852 per year.

“Despite a drop in driving with COVID-19 related lockdowns, Houston car insurance rates defied the trend and rose more than five percent,” says Nicole Beck. “Flash flooding and an increase in risky driving behavior could be the culprit. An increase in claims in Houston means an increase in insurance rates for all. Drivers should continue to be safe behind the wheel and protect their vehicles from snow and other hazards to prevent individual rates from rising.”

Elsewhere in the Lone Star State, Langtry, Texas, which sits near where the Pecos River meets the Rio Grande, has the lowest rate, just $1,281 annually. Other low-cost areas for insurance include Kenney, Edna, Port O’Connor, Alleyton, and Chappell Hill, all cities that are east of Austin. 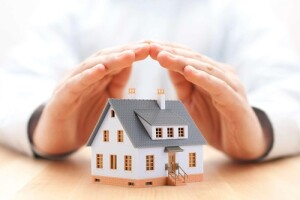 Protecting Your Home Beyond Homeowners Insurance 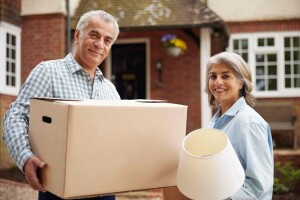 How To Downsize Your Home in Texas